Paul sprained his knee while he was out running this morning, so he worked from home and kept it elevated and put ice (well, a package of frozen peas) on it and scared the cats by using a crutch to get around. Needless to say, this sucks for him. I did laundry and some writing and went to the store and eventually went to pick up Adam after his psych and physics finals, taking Daniel with me so we could all stop at the mall for frozen yogurt and the Bath & Body Works 75%-off-everything sale (most of the current scents in their old packaging are included, so you can get Cashmere Glow and Twilight Woods body wash for $3 -- and I did).

I saw a bunny while walking today and the weather was nice, not too cold. After dinner I insisted on watching Breaking Dawn, Part Two which is finally on cable -- hey, I have watched the first four Twilight films, I wanted to see how it ended (LIKE TOTAL CRACK, worth it to see Michael Sheen and Lee Pace enjoying themselves so much, and why does Tumblr hate Bella Swan so much? SHE CAN MAKE SONGVIDS IN HER HEAD). Then we watched Nashville, which is just as soapy though the women are slightly more independent. From the US Botanic Garden's DC in miniature made from nature, plus one New York landmark: 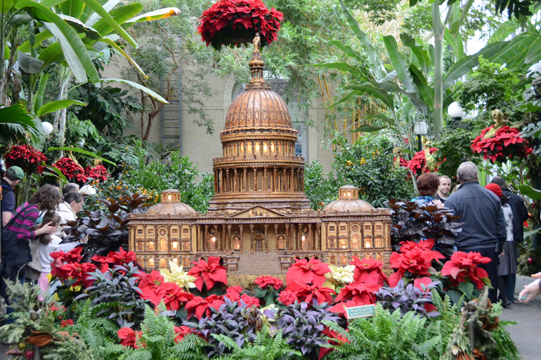