Friday was nearly as bitterly cold as Thursday. Since Adam had school that finally opened on time in the morning, I woke Daniel up early and dragged him out for a haircut before he goes back to College Park. Then he, Paul, and I had lunch together, and Paul took him to meet with the professor for whom he's T.A.ing this spring while I went to get Adam from track.

I wrote a review of Deep Space Nine's still-problematic "Children of Time", we had dinner with my parents, then we had a Johnny Depp double-header since Ed Wood was on (the kids hadn't seen it) and Sleepy Hollow (not my favorite version of the story, but something like 2/3 of the cast was in Harry Potter later on, and the women's roles aren't bad). From downtown several months ago: 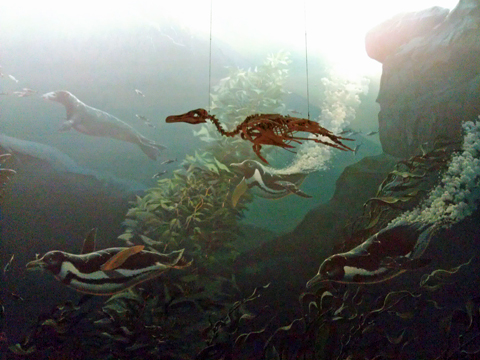