My Wednesday was spectacularly unexciting -- it started late, since we got a dusting of snow that caused schools to be delayed two hours (condolences to people in the South who got the worst of the storm) and mostly involved chores and work stuff. I stalled for nearly an hour in the afternoon goofing off on Pinterest while expecting Adam to call to be picked up from school so he wouldn't have to walk home in the bitter cold, but he decided to stay in the weight room longer than usual, and Paul got home before Adam decided he was finished. Then he went to get a haircut.

After dinner we decided to watch Red Riding Hood, figuring hey, it has Gary Oldman and Amanda Seyfried, so maybe it'll be fun. It's fairly inoffensive -- it didn't aggravate my feminist sensibilities or do anything grosser than the original Brothers Grimm stories -- but it's a bit disjointed and kind of hard to root for any of the men who are the main character's major concern apart from not getting killed by a werewolf. Afterwards we watched Nashville, which is finally getting back to arc stories. Some pics of Homestead Farm's animals from pumpkin season: 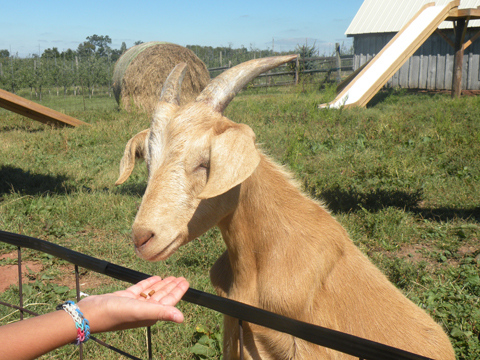