dementordelta so I will keep this short (before, we were watching And the Oscar Goes To... on TCM -- quite enjoyable, if they show it again). Earlier in the day we went to Fort Washington, which we've seen many times from Mount Vernon but haven't actually visited since 2002. It was built to defend the Potomac River in preparation for the War of 1812 and has armaments from that war through World War II, when it was an army training facility. Adam was at a Chinese New Year party in the evening so the rest of us had pizza. More after the Super Bowl! 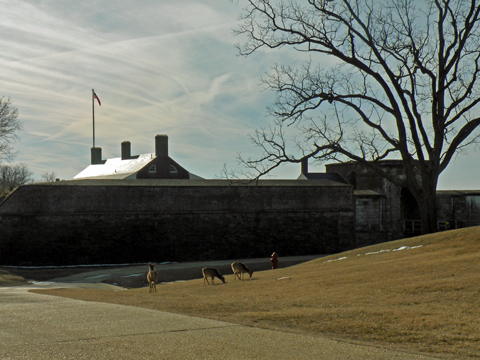