Despite getting almost no snow, we had a snow day on Wednesday -- or rather an ice day, since it was sleeting before dawn and a lot of people couldn't get their car windows and sidewalks clear enough to get out of their neighborhoods in the early morning. Adam and I both slept in (he has had a cold, so he probably needed a morning to sleep late) and Paul worked from home. It was thus a fairly uneventful morning.

Daniel W came over after we had eggwiches for lunch, and since Vudu now has Thor: The Dark World available and Adam hadn't seen it, we watched that. I don't think I like it quite as much as the first one but it's still enjoyable, particularly when Hiddleston and Hemsworth are both onscreen. Nashville is so soapy it makes me sneeze but I still like the music. Here are a few Mount Vernon outbuilding pics from last month: 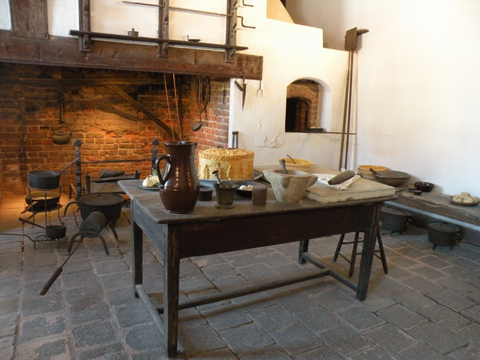