We had thought about going down to the zoo early on Saturday to see the baby panda -- the weather forecast was for magnificent spring temperatures, which we got -- but Adam had plans that required transportation, first to run a Burrito Relay (run 800k, eat a burrito, run some more), then see if his photos won prizes in a county art show. So instead we watched the U.S. hockey team lose the bronze medal, then went to pick him up and went to the C&O Canal's tenth lock to walk along the muddy towpath by the swollen river, which had many geese and ducks but no turtles yet. 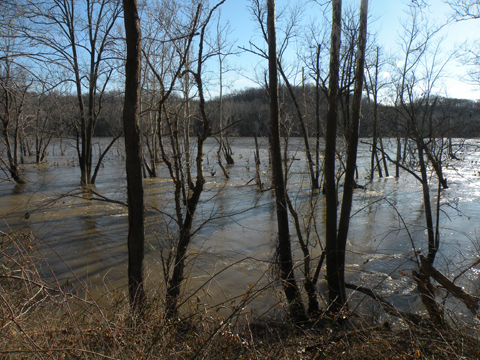 Adam is reading The Importance of Being Earnest in AP English, so since he had never seen it, we watched the film version with Colin Firth and Rupert Everett (Susan, you will be pleased to know that he disapproved of the changes from the play and could recite several of them, though I still enjoy the cast so much that I can let them slide). Then Cheryl suggested that we watch National Treasure since she had never seen that -- I adore both those films, and I love that Abigail is a George Washington fangirl who falls in love with a guy for being a history nerd!
Collapse