I got up early to get some work done because after far too long, I got to have lunch with Denise! We met at the mall and did a bit of schmoozing (Bath & Body Works, Brighton, toys, accessories, Godiva which was not my fault), plus we had Indian in the food court and discussed the virtues of Winter's Tale. I behaved and did not buy the Pandora moonstone ring I fell in love with, but I did buy some glittery nail polish to paint cheap jewelry with!

It was also a very good day around here because Adam was admitted to Syracuse's dual communications-marketing program as a Whitman Leadership Scholar. Their communications program at the Newhouse School is very highly ranked and the scholarship makes it affordable. He was also admitted to the University of Maryland Honors College's entrepreneurship program, but has not heard about financial aid or scholarships from Michigan or Wisconsin, so he's still considering!

I posted a review of Deep Space Nine's sixth season premiere "A Time To Stand", we had dinner with my parents, then we came home and caught up on Nashville which once again is losing out in the hour it airs to The Americans though I love Juliette's new song. Cheryl had never seen Night at the Museum, so we all watched that, too! Here are some photos from the Hindenburg and Titanic exhibit that was at the US Postal Museum since both ships were mail carriers: 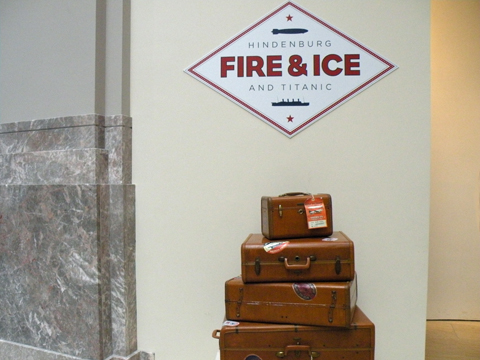