After breakfast and a couple of episodes of Vicious, I had to say goodbye to

dementordelta on Tuesday morning as she was finally able to get out of the snow and go home to Virginia where apparently she got more snow than we did. (Apparently she caught a cold, too, but that is not my fault -- none of us had it first! I blame her co-workers.) The rest of my day involved catching up on work, laundry, and all the usual excitement around here. Adam had no school and

apaulled worked from home, so I had lunch company, though after lunch I drove Adam to the high school so he could help clear snow from the track so the team can run on it tomorrow.

We watched Agents of S.H.I.E.L.D., which is not succeeding in making me care about any of its characters and really needs to work on stronger personal arcs rather than some vague blather about the Clairvoyant and wanting the scientific secret to immortality. Then we caught up on Almost Human (apart from the glorious bromance, a bit of a letdown for a season finale, but it better be back) and Beauty and the Beast (unwatchable -- remember when that show passed the Bechdel Test because the women once in a while talked about something besides which boy Catherine should be with? And we had veggie gumbo for Mardi Gras dinner! 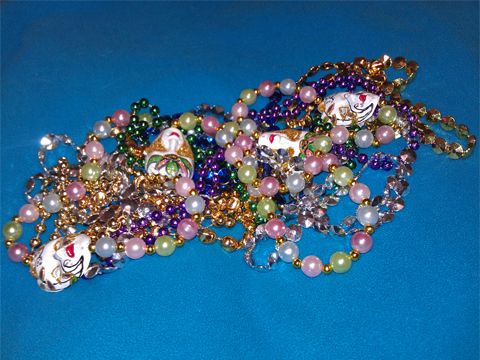