I am still trying not to get a cold, so I got a slow start on Monday with cat body heat trapping me in bed. Then I had a bunch of work and chores, during the course of which I discovered that Bath & Body Works had a one-day giveaway on their new Hawaii scents, so I went to the mall to get my freebie. Since I was there, I also checked out a couple of stores and found some very cute shirts in Forever 21, where my presence raised the average age well above that of the store name. I couldn't face the Beauty and the Beast spring finale tonight -- it has sucked too much this season -- and watched Dallas instead (it does a better job on the Bechdel test!). My friend in the hospital is going home, which is great!

I LOVE DAYLIGHT SAVINGS TIME. I know some people gripe when it first starts about having to get up in the dark, but I will gladly take that in exchange for light outside for an hour when everyone gets home from work -- our neighborhood was full of kids and dogs and chatty people this evening, I talked to several neighbors and while I did not see bunnies or deer, I could clearly see their tracks in the muddy ground where the snow has mostly melted. I was late for dinner because I was out catching up with people. We're supposed to get over 65 degrees on Tuesday, which will hopefully melt the rest and let the daffodils start coming up! A few photos from Fort Washington last month when there was still some snow from a big storm: 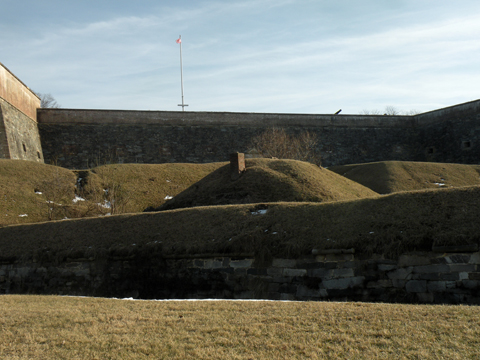