Saturday was a beautiful, beautiful day with temperatures in the 60s, clear skies, cool breezes...and repeated National Weather Service warnings that we are going to have snow in two days on St. Patrick's Day. No amount of DO NOT WANT has made these reports stop. So we decided we had better enjoy the day. After taking Adam to the bank, to CVS, and home so he could bike to track practice which lasted until 2 p.m., we went to Frying Pan Farm Park, whose web site said that they had lambs and piglets and calves...which they did, as well as the usual goats, horses, bunnies, peacocks, and various other fowl and interloper geese: 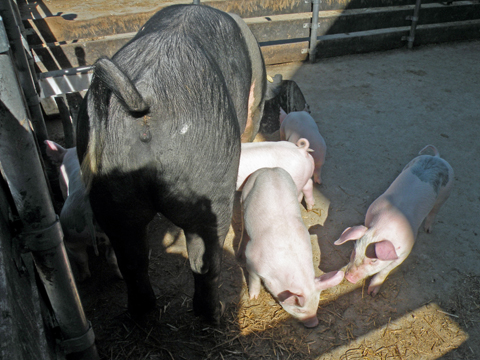 We thought about going to Reston's St. Patrick's Day festivities, but younger son needed to walk the neighbor's new dog and also needed new shoes since his were falling apart in the mud as we walked, so we went to the mall to get him Vans. Then we came home, had Italian food for dinner for the Ides of March, and watched The Amazing Spider-Man since it's finally on Starz and none of us had seen it (I got

dementordelta to watch long-distance with me so we could laugh at Rhys Ifans together). Daniel convinced us to watch Chopped, which I had never seen, and though reality TV format does nothing for me, now I want caramelized ginger.
Collapse