After waiting on Tuesday for the ophthalmologist, I waited on Wednesday to get new glasses -- not that I will actually have them for a couple of weeks, since the lenses for my astigmatic eyes have to be ordered. Since I was out, I also got frozen yogurt and looked in stores, including Brighton's out-of-my-price-range nautical bracelets and Sears' $4.99 end-of-season liquidation sale (don't be fooled by that name; they have summer stuff as well, and it's hard to say which I like more, the tie-dye and boho shirts or the chenille sweaters).

The Orioles have beaten the Yankees two days in a row, woohoo! And the Nationals beat Miami! And The 100 was pretty good tonight, and The Americans was too, though there's an awful lot of taking human life for granted on both and sometimes I'm more in the mood for Nashville, which is on hiatus this week. At least we got Colin Firth on The Daily Show. We have pink flowers coming out on our cherry and magnolia trees, we still have lots of daffodils, and our neighborhood bunnies are coming out earlier in the evening: 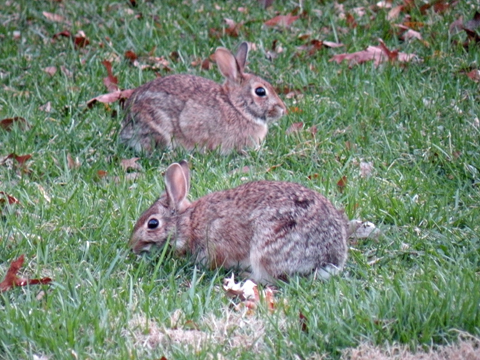