After the rain on Friday afternoon, we had a gorgeous early Saturday with the threat of more rain in the evening, so after lunch we decided to go to the C&O Canal to see what was blooming and what was hanging out in the water. The canal had been completely drained around Lock 10, but at Lock 8 and below, there was plenty of water and there were plenty of animals, plus more in the river. In addition to bluebells and many other flowers, we saw painted and snapping turtles, frogs, geese, herons, cardinals, wrens, hawks, northern water snakes, a rat snake, and a groundhog: 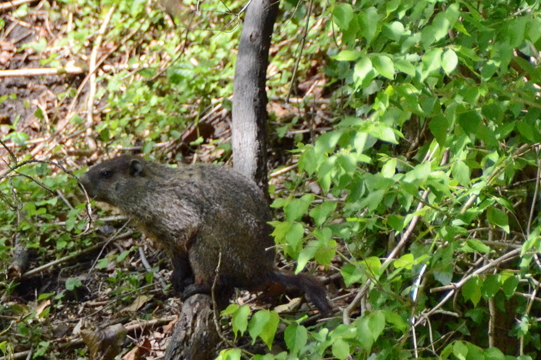 FoxConnect had the director's cut of Avatar for $13.99 for Earth Day a few days ago, and since we all love the movie and none of us had seen the extended edition or the Blu-Ray extras, I ordered it. We watched it after having salisbury steak for dinner. Though it has the same script cliches as the shorter version, it also has an extended opening and sequences on Pandora that I liked a lot, including an explanation of why Grace's school closed. There are two more discs of extras, and since the visual effects in this movie are my favorite ever, I am looking forward to those.
Collapse