I did nothing on Tuesday worth reporting in detail; I got some writing done and worked on the computer and folded laundry and rearranged my desk clutter and chased a bee that got into the house and drove my cat insane, though neither of us managed to catch it. Rather than describe any of this in detail, I present some photos from the Maryland Sheep and Wool Festival last weekend: 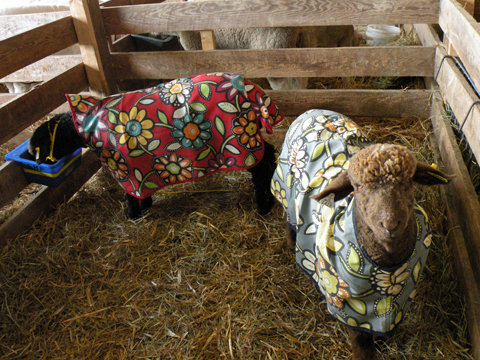 Younger son went to bed shortly after 8 p.m., since he has his calculus and Chinese A.P. exams on Wednesday.

apaulled and I watched Agents of SHIELD, which continues to make me yell at the screen, and Secrets of the Dead's "The Lost Gardens of Babylon," which is fascinating and sad (lots of archaeology made impossible by the awful situation in Iraq). Now, to sleep!
Collapse