I got to spend Monday with

dementordelta! We went shopping, something we hadn't done for ages except online and in museum and garden gift shops -- she was looking for shoes, I had a couple of things to return/exchange, so we went to the mall (Sears has an awesome new thing where you can get approval for a return online, then drop the item off at a kiosk, very fast). Then we went to see The Railway Man, which is extremely well acted and intense; you all know I have a bias toward The King's Speech, but this may be Colin Firth's most complicated performance, and Sanada, Kidman, and Skarsgard are very good too.

We came back to my house, ordered a pizza, and watched Kundan, a black-and-white Bollywood version of Les Miserables set in India beginning early in the last century and reaching its climax during the struggle to end British rule there. I don't know why the Bollywood songs struck me as so hilarious given the unlikelihood of a successful musical based on the same source material, but both the Fantine character's cheerful song and the Barricade Boys' freedom song made us snicker, maybe because the subtitles were so terrible. In this version the Cosette character is Valjean's grand-niece, which I like.

After Delta had to go, we watched what we now know will be the last episode of Star-Crossed, which The CW canceled today, to no one's surprise but I did rather enjoy it. Then we watched Warehouse 13, which is ending very soon as well; I will miss it, but I would rather it end before it gets run into the ground than keep going indefinitely. Adam had a National Honor Society meeting at school and tomorrow he picks up his tux for the prom, so he is having a busy week! Here are photos from the National Arboretum the weekend before last, which was having a bonsai festival along with its azaleas: 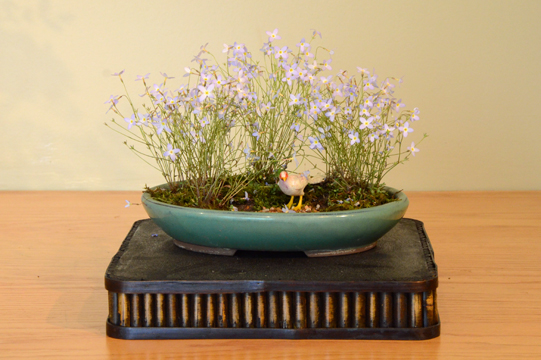