While we slept, Adam went from the prom to the official after-party at a bowling alley (which apparently had lots of desserts and dancing as well as bowling), then to an after-after-party at the home of a friend, who hosted everyone who'd been on his party bus and showed Disney movies until her parents got up to make breakfast. Adam called us around 11 a.m. for a ride home, at which point we expected him to collapse, but he wanted to return his tux while he was still functioning. So we did that, then, since we were already in Gaithersburg, we went back to Lake Whetstone to see the goslings in sunlight, plus herons, turtles, a snake, and more! 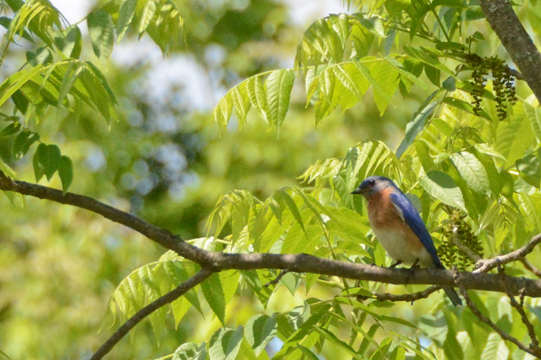 Adam was fried by the time we got halfway around the lake, so we turned around and took him home. While he slept, we went looking for bunnies, got groceries, and did various chores. He woke up just in time for the Preakness, which I hadn't really intended to watch but everyone else was; I am torn between being excited for the people who care if there's a Triple Crown winner and worrying about how the horses are treated. The Orioles and Nationals both lost, though we didn't watch much of either game; we did watch P!nk on Behind the Music and now we're watching Barry Manilow on Graham Norton (eesh, people should NOT do that to their faces to hide their aging).
Collapse