Since we only had one vehicle, Adam and I slept late and Paul worked from home. I wrote some stuff and folded some laundry (and watched the first episode of Teen Wolf on Amazon Prime, which I hope I do not come to regret, heh; I've read about it yet never seen it). All of us went to the bank and Giant -- Adam to get stuff for beach week -- and we picked up the van in the afternoon.

It rained all day, which put an end to Adam's plans to go kayaking. Instead he went bowling with friends, came home briefly for dinner, then went to a late show of Neighbors. I watched Mean Girls long distance with

dementordelta, then Paul and I caught up on The 100, which hasn't finished its season yet. Last weekend we saw seven herons on the central rocky area in the Potomac River at Great Falls: 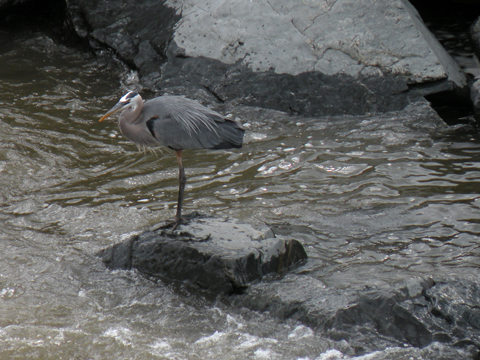