Most of my Monday was too boring to describe -- suffice to say it involved lots of chores and not enough sunshine, though when I was out there the bunnies were peeking out to nibble the grass. Daniel is back at work in College Park, Adam is at beach week where apparently he has had lots of barbecue, ice cream, and sun, and the cats want constant attention since they aren't here. This makes jewelry repair difficult, as little paws get in the way.

Beauty and the Beast came back on the air on Monday night, and since for some incomprehensible reason the CW has renewed it even though its ratings have been abominable and, worse, it has nearly been unwatchable, I put it on. From a show that started with a focus on three women of color whose love lives were tangential to their friends and careers, the episodes have devolved to failing the Bechdel test. More from the Washington Folk Festival: 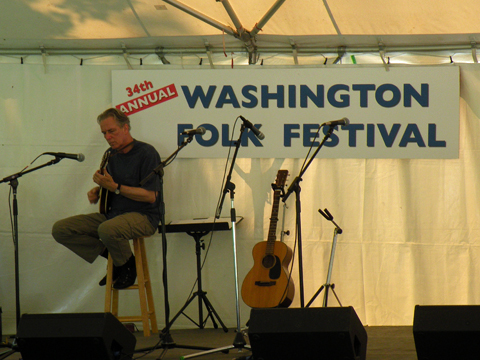