I had Cheryl visiting for nearly all of Monday so we got to indulge in lots of entertainment! After we got up and got organized, we watched Romper Stomper, figuring that since it's the movie that brought Russell Crowe to Hollywood's attention, we should probably see it even though it was reputed to be extremely violent and hard to watch. I have to say that the most shocking moment is a three-word statement by one character that isn't part of the racist, pro-Nazi mindset of most of the characters, and I am really glad I wasn't spoiled for it because the entire movie twists around it and changes its perspective on women.

While Adam did some work for a neighbor and went to the pool with friends, we went out to bring back Indian food for lunch, then watched the 1958 French Les Misérables dubbed on videotape, which was how Cheryl found it in a Goodwill store -- parts of it are very slow, but it includes things no other version I've seen does, like Colonel Pontmercy. After that we wanted something upbeat and cheerful, so we watched Bride and Prejudice, which The Guru had us in the mood for. Here are more photos from Strathmore on Sunday, where I discovered only as we were leaving that we weren't supposed to photograph the comic art: 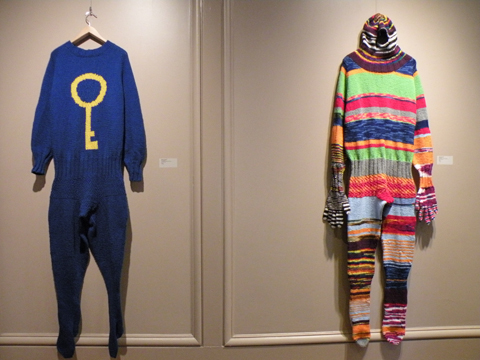