We have three people in the house with things to do and only two vehicles, so today Paul worked from home so Adam and I could each have one. I am not entirely sure where Adam went before he went out for dinner and bowling in the evening -- I believe he was at a friend's and pizza was involved -- while I was at Washingtonian for Tara Thai with

vertigo66, and then, since it was between rainstorms, to walk a bit around the lake to see the goslings. I also stopped in Charming Charlie for bargain jewelry and managed to trip over a one-inch curb on the way back to the van, doing hideous but hopefully not serious damage to my elbow. 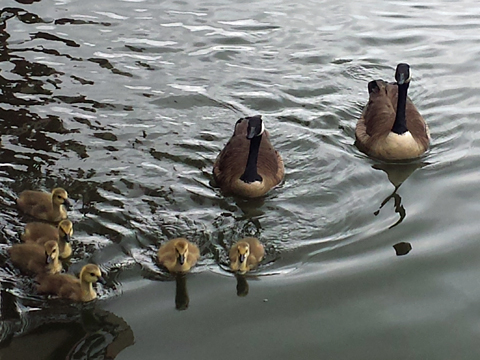 When I got home, I folded laundry (watching World Cup and Teen Wolf -- I am just going to blame

vertigo66 and Tyler Hoechlin for the latter in perpetuity), took a walk to see the baby bunnies, then the two of us who were here had dinner and watched Chloe, in which Amanda Seyfried, Julianne Moore, and Liam Neeson did their best to give serious performances in what I must describe as a sexploitation film that I am not sure even passed the Bechdel Test, since Moore is obsessed with Neeson and their son while Seyfried never stops talking about the men in Moore's life to keep her attention. The lesbian scene, at least, is as hot as it was reputed to be!
Collapse