We had another 90something degree day, which is not a temperature in which I function very well. Adam went out to lunch with my father while I did some shopping, the most interesting of which was at AC Moore which is liquidating one brand of beads so I got some very sparkly ones very inexpensively. The bunnies appeared to be weathering the heat better than I did despite their fur coats.

After an afternoon of soccer and a grand slam by the Orioles (who won, as did the Nats), I had had enough sports and forced Paul -- who brought home The Lego Movie on Blu-Ray -- to watch Cruel Intentions 2, thinking, "It has Amy Adams, how bad can it be?" (Answer: TERRIBLE.) This week's John Oliver was much better! Here are animals at Homestead Farm, some domesticated, some by the pond: 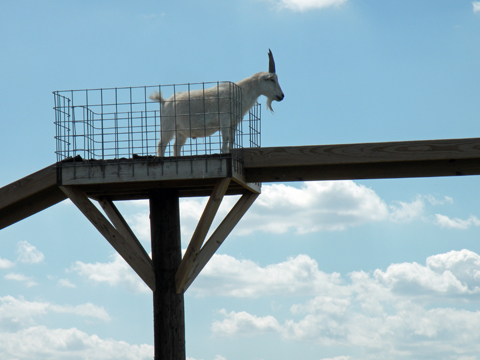