My genius younger son, who made such good decisions in school, decided last night to play Capture the Flag with no shoes on so he didn't get his shoes muddy and managed to slice open his foot, thus preventing him from playing tennis with my father on Sunday morning and requiring him to use crutches in the afternoon when we went to the Maryland Zoo in Baltimore to see the lion cubs. Fortunately the cubs were adorable, the weather was sunny but not too hot and we got to see the elephants swimming, something we have never seen there before! (Adam did not want to pose for the silly group photo so I dropped a picture of him in the face hole, heh.) 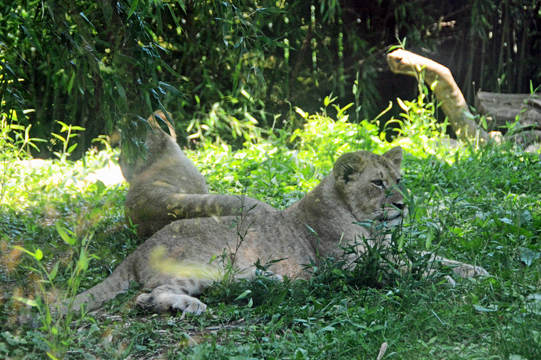 We came home in the late afternoon because we all wanted to watch the US vs. Portugal World Cup match, though Adam went to do that at a friend's and stayed there for dinner while Daniel watched with us here. We had hot dogs and macaroni and cheese, and we nearly made Daniel stay in the kitchen for luck when the US scored, which in hindsight was a superstition we should have followed because things did not end as we hoped. At least the Orioles trounced the Yankees! I walked the neighbor's dog since Adam's foot was hurting him, and Daniel went back to College Park to find that his roommate had had to deal with a refrigerator leak. Better luck Monday!
Collapse