We had a heat advisory and a thunderstorm warning for most of Wednesday, though I only saw really hard rain for a few minutes...which unfortunately were the few minutes I was driving on the highway home from Tara Thai with

vertigo66! We had a nice lunch though, then I stopped at Kohl's to replace my walking sandals which I got there for around $25 and walked the heck out of for two summers; they had similar ones for a similar price, and I also got some clothes on insane sale with an extra 20% off coupon.

In the evening we were going to watch Transcendence now that it's available for purchase online, but Adam's ex-girlfriend came over to hang out with him, so we put off the movie and watched a couple of episodes of The Musketeers (which is so humorless even as it seems to be parodying things -- I want some fun!) and Teen Wolf (which seems like self-parody half the time, though that actually works pretty well). Here are some of Maymont's raptors from their regional wildlife park, all unreleasable due to injuries: 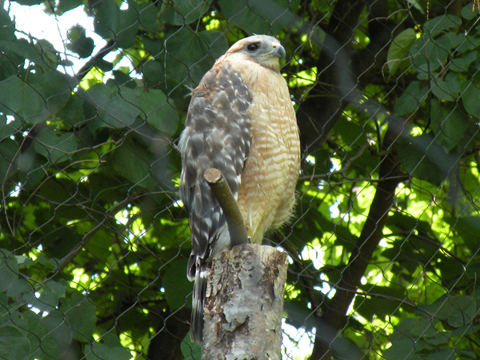