My whole day was chores! I am attacking various things that need to be cleaned and organized and it is taking a ridiculously long time. (Today, for instance, I found the business section of the Hartford Courant from 1997 and neither Paul nor myself could fathom why we would have saved it.) I am finding lots of stuff to put on eBay or to give to AmVets or freecycle. If anyone is looking for particular Star Trek collectibles or would like random things like miniature Stargate and BSG posters, let me know. Anyone know what to do with an old Palm Zire? Meanwhile, Adam worked in the neighbor's yard when we weren't having a thunderstorm and got muddy.

It was a good day for cleaning because our cable was down for most of the afternoon -- both the TV and internet stopped working around lunchtime and didn't come back till the World Cup game was well underway (go Argentina -- the final will be a rerun of the one from our honeymoon in 1990 when Germany won while we were in Toronto). We watched the first episode of Extant, in which Halle Berry was good but a lot of the drama seems derivative of a bunch of sci-fi movies, then the season premiere of Endeavour, which was excellent (especially Roger Allam) except for all the dead bodies. Here are some photos from Great Falls on July 4th: 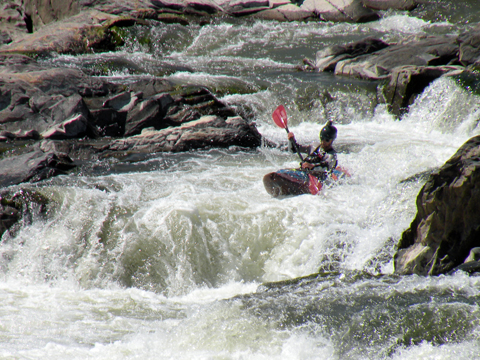