My Friday was fairly routine, though in a good way since I had the whole family in and out. Paul worked from home so we could pick up Daniel in the afternoon, though we had a brief panic when our internet yet again went out for twenty minutes. Adam went to a friend's house after lunch. I finished a review of Deep Space Nine's "Inquisition" -- well-acted, but not one of my favorites, since I will never warm to Section 31. I also and worked some more on the disastrous dining room table, though I didn't unearth any real treasures, just some old medical papers and sports programs.

We retrieved Daniel from work and went to pick up his laundry, spotting two bunnies near his apartment. Then we came home to get Adam and went to dinner at my parents' house, after which Adam went running with friends from school and then out to socialize. The rest of us watched the second episode of this season's Endeavour, then Secrets of Underground London -- I was mostly interested going in to see the abandoned Tube stations and the River Fleet, but the most amazing bits were the hiding places of British Museum treasures and Churchill's bunker. Some photos from near Carderock last month: 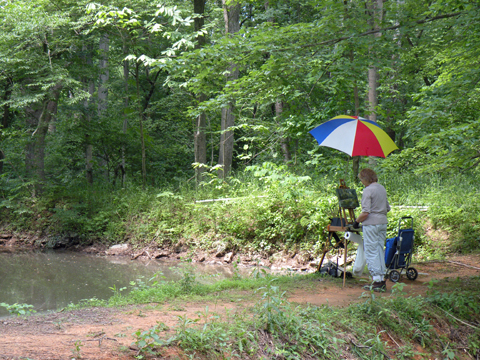