Saturday was as beautiful as Thursday and Friday were -- a bit hotter, but partially overcast, with a nice breeze in the shade -- so after a quiet morning during which I got caught up with sorting photos, we went to Kenilworth Aquatic Gardens for the Lotus and Water Lily Festival. The huge pink lotus flowers are in full bloom, and the park has an annual celebration incorporating both the local Asian and African-American communities who did cooking and gardening demonstrations, art and crafts, and dance and musical performances. We got to hear contemporary West African music by Sahel and to see paper lotus flowers being made, and we got to see herons, frogs, and turtles in among the spectacular flowers. 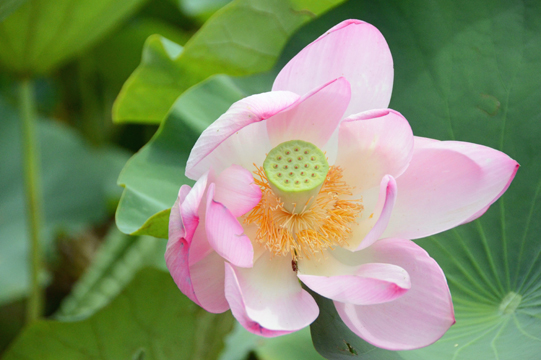 We had ravioli with meatballs for dinner and were going to go driving with Daniel, maybe to get ice cream, afterward, but he was fried from all the sun we got at the gardens and in the adjacent wetlands along the Anacostia River. So instead we watched Jack Reacher, which was a decent action movie though not particularly great; I thought Tom Cruise was fine, though I didn't read the books (it didn't bother me that he's shorter than the character's supposed to be, I thought that made him more impressive as a loner in one-to-one combat), and there were some funny moments among the murder and mayhem, but the female characters were written weakly, some of the violence was just gross, and the car chases went on too long!
Collapse