My Monday involved laundry and other completely uninteresting things. Apart from magnificent weather -- we had a gorgeous breeze and though the temperatures were in the low 80s, it never felt like it -- there was nothing really notable about it. I did see five bunnies in the neighborhood, but I am pleased to report that this summer, that has happened more than once! Adam had to do a mandatory drugs-and-alcohol online mini-course for the University of Maryland, which took up a lot of his afternoon, though he went to the gym beforehand and biking and hiking at Carderock afterward.

Since Adam was home in the evening, we watched The Darjeeling Limited (and short prequel Hotel Chevalier). As with most Wes Anderson movies, I think Adam liked it better than I did. The visuals as always are stunning, but the female characters are even flimsier than usual, and India apparently exists so white people can have epiphanies there. I wish Anderson would direct films written by someone else! Here are photos of the Australia exhibit at the National Aquarium, which contains many of my favorite Australians (apart from Geoffrey Rush, Hugh Jackman, et al): 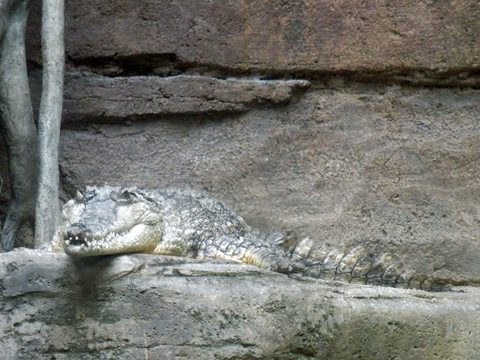