We spent Saturday getting ready to go to the beach! So it was mostly laundry sorting and things like that while Paul and the kids applied deck sealant, which we needed to get done while they both were here to help. To thank them, we took them out for Chinese food, then stopped at Walgreens for bug spray and sunblock.

We had a brief consultation with our house-and-cat-sitter, organized food for the trip, and watched this week's Outlander (still beautifully filmed, though I don't have a great deal of feeling for most of the characters yet) and the Ravens' pre-season win over the Cowboys! Here is one of the rescued grizzly bears from the county fair: 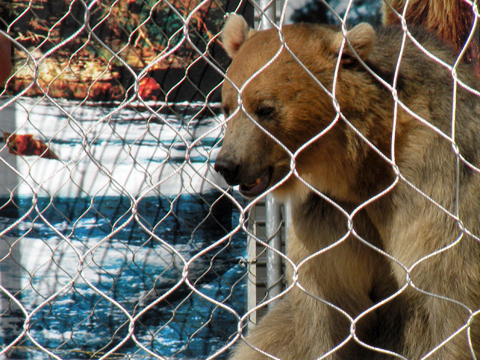