I'm not sure where all of Friday went, but really I feel that way about the entire week! In the morning I was finishing a review of Deep Space Nine's "Time's Orphan", an episode I had remembered better than it played mostly because I was confusing one detail with something that actually happened in the superlative Star Trek: New Voyages fan episode "World Enough and Time."

After lunch, Paul and I went to College Park for the fourth time in six days, this time to pick up Daniel, who finished his last week of work before fall classes start and wanted to come to the Renfaire this weekend. I took a walk, we had dinner with my parents, then we came home and watched The Island because it's that kind of a night.

Plus the Orioles were winning by a lot, and now the Nationals are too, and the Ravens had an undefeated pre-season! If it has to be fall, I want the sports at least to be enjoyable. Here are some pics of the wildlife from the Outer Banks -- we got back only a week ago but it already feels like much longer! 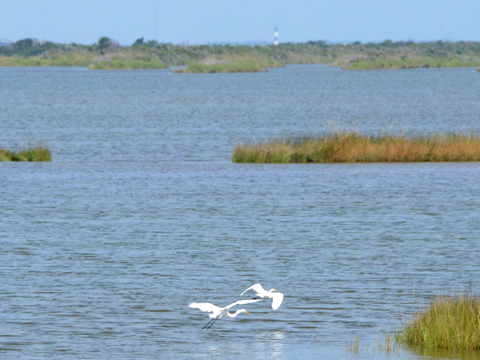