I am in the process of uploading my entire life to Google Drive so am going to be a bad blogger/LiveJournaler/Tumblr for a couple of days. We had a nice Saturday, particularly the part before the major thunderstorms arrived: Paul and I picked up my parents after lunch and went to the Corcoran Gallery of Art, which is closing at the end of the month and it's unclear exactly how much of it will reopen next year. GWU is taking over the building and school, while the National Gallery of Art is taking over the collection, though some of it will be sold and it's not entirely clear how the rest will be exhibited (the Salon Doré, originally part of the hôtel de Clermont in the Faubourg Saint-Germain in Paris, is in the section slated to be private). So we wanted to see it while we could -- it's free all month. 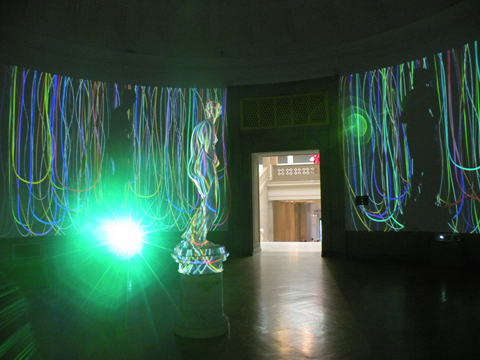 My parents just got a new TV and Blu-Ray player (we were the lucky inheritors of their old one) so we decided to watch a movie in between the end of the Maryland game and the start of the Michigan game (Maryland won, Michigan lost, whoo, though my father probably does not share the latter sentiment -- he is bummed Federer lost too, not to mention the Nationals score). My parents had not seen Frozen, so we ended up bringing that over after stopping at home to feed the cats -- the visuals look fantastic on their big TV. Then we ordered a pizza and ate it in the midst of a huge thunderstorm that briefly knocked the power out, though was much worse a few miles away where there were downed power lines and water closing roads. When we got home we watched the very enjoyable Doctor Who Robin Hood episode!
Collapse