Okay so I'm late on the poem. Microsoft uploaded a massive update for people still trying to use XP that I swear was designed to make everyone still trying to use XP have to buy a new computer, because for the past day and a half, my laptop has been useless -- crashing constantly, locking up when I try to do not-very-high-resource things like edit a text file in Notepad or send an email. So since I have switched from my desktop to my laptop in the evening so I could watch the Ravens game, I haven't been able to get a thing done. Apologies if I owe you email.

My day was uneventful anyway, apart from a whole bunch of work, with a couple of breaks for walks because it was cool and not too humid till late in the day -- we still have bunnies. 9/11 is always a hard day for several people I know, so I had that background unhappiness which did not help my mood any when the computer started acting up. The Ravens, at least, won (yes I know all the reasons to be ashamed, but they were playing Pittsburgh and its rapist quarterback so no one has a lot of room to talk). From the National Aquarium's Australia exhibit months ago: 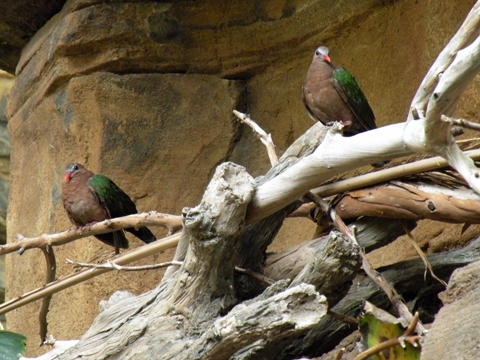