I have spent pretty much the entire day reconfiguring Adam's old laptop, a 2009 Dell Inspiron running Windows 7, but it has all been worth it because my well-loved 2007 Latitude running XP finally reached the point where it couldn't run the few programs for which I need a laptop. I had a minor crisis in the morning because my father, who was going to give it to my uncle, couldn't remember the system password from many months earlier, but eventually we guessed it and I spent the next very many hours deleting and installing programs.

Tonight, however, I am in a good mood, not only because I have a laptop doing everything I want it to do that didn't cost me anything, but because both the Orioles and Nationals have won their respective divisions and are both trending as #eastchamps right now! We were watching The Roosevelts during the end of the Nats game, following the score online, and less than half an hour later, the Os had clinched too. Now I am catching up on Dallas (go Pamela)! Some pics of the falconry at the Pennsylvania Renfaire last month: 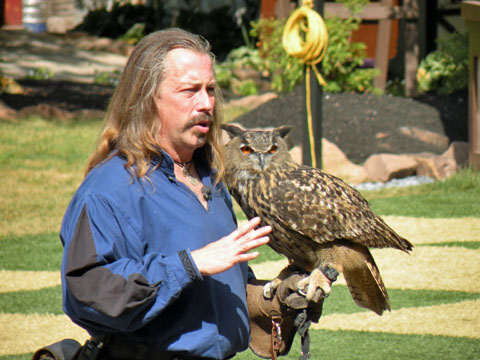