I had a very busy but nice day with several friends! After a morning of chores, I had lunch with two friends from the baby group I was invited to join when Daniel was six months old -- I had only just moved back to the area after living in Chicago and these women very kindly let me participate in a group they had formed when they met in a prenatal class. We have each just sent our younger children off to college, so we met at Aroma in the mall to discuss their experiences and our experiences and to catch up in general. Eventually my mother came to the mall and texted me, so she joined us before I realized we'd been there for more than three hours!

Then I rushed home because we had other friends coming over to watch Dark City, which I had never seen before and was not at all spoiled for -- it was great, terrific acting from Sewell and Connelly, and it's obvious that the Wachowskis swiped a great deal of The Matrix from it visually and thematically. Then we went to California Tortilla, where I had a honey lime burrito bowl and we all had lots of chips and queso. After The Roosevelts (phew, they did not try to heterosexualize Eleanor, and yay George VI guest appearance), we caught up on Legends -- poor Sean Bean, for one minute I really thought he was going to suffer his usual fate!

And now I am watching the numbers come in from the Scottish independence referendum (or the Scottish secession referendum, depending on who's reporting) and don't know why it is making me bite my nails -- I have no personal stake in it, not even one of ancestral heritage, and I really understand why people could vote yes or no depending on their priorities. I am trying to decide whether to stay awake for the results or go to bed and find out in the morning. Meanwhile, some photos from the pig races and swimming at the Maryland State Fair last month: 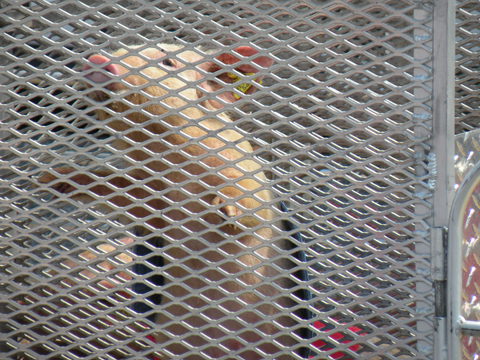