I had a boatload-of-chores Monday of the sort where the laundry is not even folded yet, though I did manage to pick up an awesome freecycled cookie cutter (Welsh dragon!) and stop at the mall to get a card I had to mail immediately. I'm trying to decide what to do with all the young children's books in the house -- some of them it took us years to track down for our kids, what if someday we have grandkids who would like them? But I don't feel safe keeping them in the attic and there are other kids who could be enjoying them!

I went to the food store with Paul when he got home so he could make Navajo food for Columbus Day. After dinner we watched Gotham, which I actively disliked this week -- previously I had mostly been bored, but Evil Lesbians piss me off even more than Gratuitous Lesbians and it's darker than Dark City. All superhero shows should be more like Sleepy Hollow, which had a silly story tonight but was purely delightful anyway (Pride and Prejudice references! Ichabod driving!). Lewis Ginter butterflies: 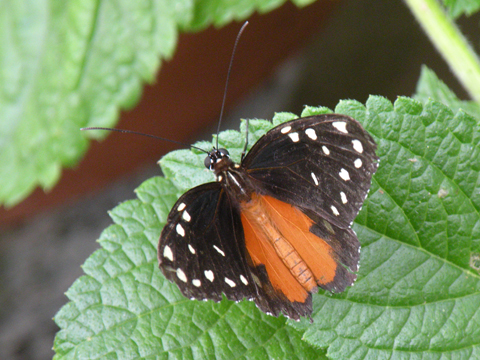