I had a very strange, up-and-down Saturday. We had a quiet morning during which I tried to sort the bazillion photos I took at the zoo in Richmond on Friday, then we went out to lunch with my parents so they could see Daniel while he's home. While we were at the diner -- which I swear must be my bad-luck diner, since a lamppost once fell on my (new) van while I was there -- a tree in the common area of our neighborhood fell across our neighbor's backyard and crashed into ours. We were very lucky in that it mostly missed the (new) deck, but we were told by the neighborhood association that we're responsible for all damage and clean-up on our property...and our insurance company estimates that it could be $2000.

Since there wasn't anything we could do about the tree apart from cutting off the big branch pressing against the deck and sweeping the smaller branches and leaves off the deck, we went to Meadowside Nature Center in Rock Creek Park to enjoy the beautiful weather. Then we met

vertigo66 and her family at her house, hung out for a while, and went to Tara Thai together for dinner, because green curry also improves nearly everything. It was very crowded and took a while for us to be seated and served, so we didn't get home till nearly 10 p.m., at which point we watched the Graham Norton Show with John Cleese and Taylor Swift before catching the late rerun of a moderately enjoyable Clara-centric Doctor Who. 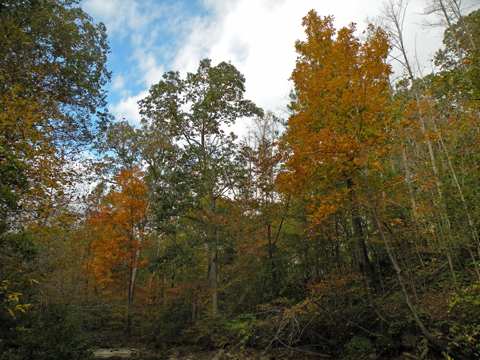