I had a couple of fun hours on Wednesday to bolster me for the rest of the week. We picked up Adam in College Park, took him to Chipotle for lunch, then took him to the orthopedist for the last check-up for his no-longer-broken arm, at which he was given the go-ahead to play volleyball (not that not having the go-ahead stopped him from doing so the past few weeks). Before taking him back, we stopped at the bank so he could see about getting a credit card. It was not a long visit but it was nice to see him.

We spent the rest of the day getting ready to go to my sister-in-law's funeral on the west coast, which involved some shopping, getting haircuts, coordinating with my house-and-catsitter, parents, and neighbors (who are still dealing with the fallen tree), folding laundry, and packing. I expect to be scarce online for the next few days. Here are some photos from the nature center at Three Lakes Park in Richmond from the weekend before last, including the fish outside seen from the underwater viewing area. 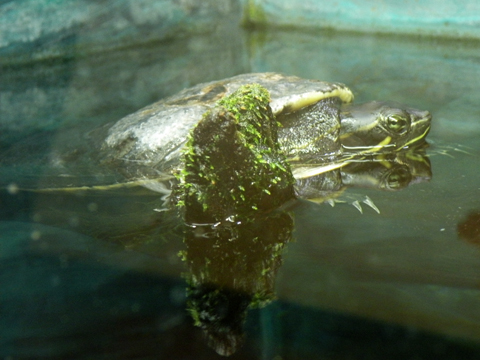