I did not do anything worth reporting on Monday -- it was all chores. The weather was beautiful, at least, and for the first time in ages I saw five neighborhood bunnies when I was out walking (Paul saw one too when he got home, munching right in front of our house, though that bunny had hopped away by the time I got there). The sunsets this fall have been amazing and tonight's was no exception, though I hate how early they're arriving. Are those multi-spectrum lights used to treat seasonal affective disorder safe for people with family tendencies to get skin cancer?

We have mutually agreed to give up Gotham -- maybe someday it will get good, but right now it's both violent and sexually exploitative of women -- so instead we watched the pilot of Madam Secretary, which I loved. Then we watched Sleepy Hollow, in which this week Crane got his pop culture digs in about reality TV and Katrina and Abbie were generally awesome -- how come the women on the supernatural show are more believable than women on so many "realistic" shows? Here is Bao Bao at the National Zoo last summer, with her mom trying to persuade her to come down from a tree: 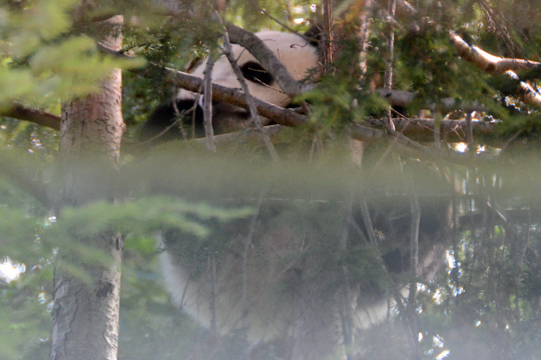