Saturday was as chilly as Friday but sunny and beautiful. We had a quiet morning doing household stuff, then had an early lunch and went to pick up Daniel from the airport after his interview in Madison (where it was cold and snowy, but they fed him well and he loved the campus). Because it was a gorgeous day, we went from Dulles to Great Falls, Virginia, where the water was surprisingly low but there were not a lot of people and we had gorgeous views of the river. 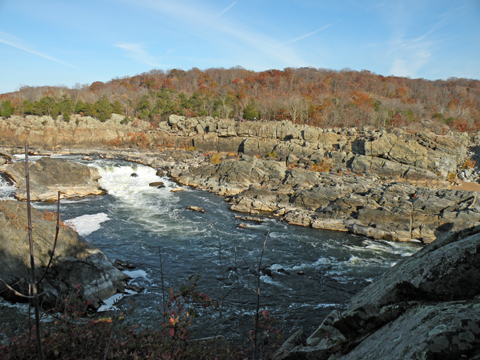 Daniel had a big homework project to work on when we came home, so we had Mexican food for dinner and hung out watching the Maryland-Michigan State game. Suffice to say that things did not end well for the Terrapins, though they didn't play terribly, just blew a couple of big plays that they really needed to beat a ranked team. Adam was at the game and posted a picture of himself with UMD president Wallace Loh, who was apparently hanging out in the student section!

Daniel had a big project to work on for a class, so we had a quiet Sunday hanging out at home watching football while he worked. We went out for Starbucks but that was all the excitement. The R-words played as badly as I could have hoped; by the end of the season, I'm hoping their name is such an embarrassment that they decide to change it for marketing reasons alone, since fairness to Native Americans seems not to matter to the owner.

Since Daniel hadn't seen my parents, we went over there for dinner, then drove him back to College Park so he could finish the project, which is due Monday. We came home to watch Worricker: Salting the Battlefield, which did not have as solid an ending as I had hoped, but the performances were smart enough that I didn't care. We're only two episodes behind now on Madam Secretary, which is excellent. Great Falls kayakers on Saturday: 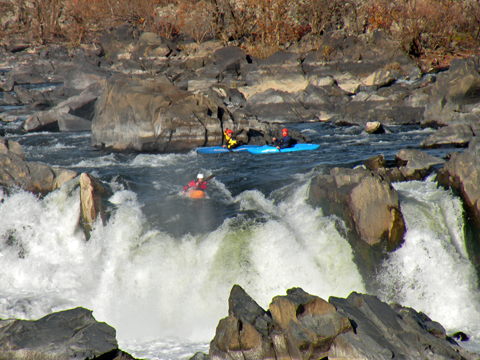