Poem because I needed this today. We were warned that miserable cold weather was coming, and although it wasn't too bad at midday when I walked outside, by evening it was below freezing and now it's miserable. Fortunately I was inside for most of the afternoon -- I wanted to move some craft stuff out from under my bed into the drawer next to my desk, which I thought would be easy because I just had to clear out all the ancient floppy discs and old versions of Windows and Roxio, but it ended up taking several hours with cats very distressed that I had piles of things where they wanted to prowl.

We had dinner with

artemis_prime, and our menfolk at Lebanese Taverna, which (mostly) got my meal right this time and the lebneh was great. Plus I stopped in Tiara Galleries, which has all their Brighton charms and beads 50% off! Tuesday is a big genre night, so we watched The Flash (okay, female characters still need work), Agents of SHIELD (better than last season, but still not great), and Forever (thank you ABC for keeping this one for the season!). Here is Staunton's Fire & Rescue Station 1, which contains the Jumbo Museum 1911 Fire Engine and has a 9/11 memorial: 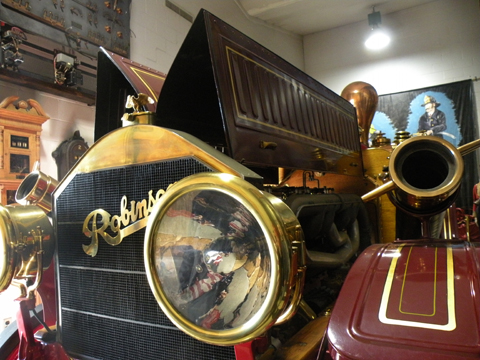