Saturday felt more like fall than winter, for which I am grateful because I am not ready for winter, even though the light doesn't start coming back till the solstice and I am very ready for that. We had a fairly quiet morning, then after lunch we went to Blockhouse Point along the C&O Canal, since we had never hiked there before, and then to Pennyfield Lock, so we could walk along the Potomac River. The sky was gorgeous and we saw a surprising number of animals given the cold -- lots of songbirds, herons, a raccoon, a bird of prey that may be a juvenile osprey or broad-shouldered hawk, plus bunnies when we got home: 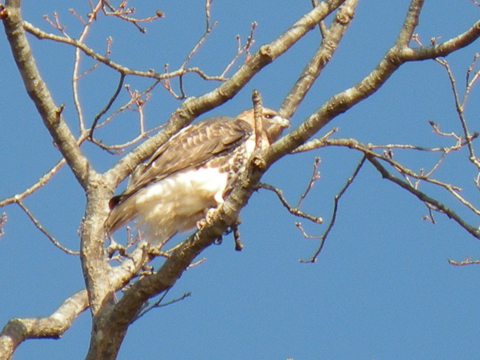 We came home to watch the Maryland-Michigan game, which I did not have high hopes that the Terps would win since it was in Ann Arbor. But the Terps played well (plus the Wolverines made a couple of big mistakes) and Maryland won 23-16! After that delightful result, we had ravioli soup for dinner, and our neighbor brought us chocolate-covered key lime pie from the restaurant where she was having dinner in Alexandria after I begged her on Facebook. At that point I was in the mood for something British, so we watched Colin Firth in My Life So Far, which can't quite decide whether it wants to be a comedy or a farce but is still enjoyable.
Collapse