We're watching Divergent right now, which I must admit I like even less than I liked Twilight. In the latter, I didn't much like the characters' motivations a lot of the time, but at least I had some clue what they were, whereas in Divergent, they don't even have actual personalities. Perhaps I was spoiled yesterday by The Imitation Game, but in fairness I'd rather watch The Battle of the Five Armies again than Divergent even if the latter passes the Bechdel test.

We had a fairly quiet cleaning-up-stuff family day until late afternoon, when we went out to meet Kay and Chris and their kids at Guapo's for dinner (I had enchiladas and at least three hundred chips with salsa). She brought us Christmas cookies for dessert! I dragged everyone to Charming Charlie because I'd seen an ad that their holiday items were 50-75% off and I really wanted the snowflake bracelet -- got the last one! Here we are looking at the holiday displays: 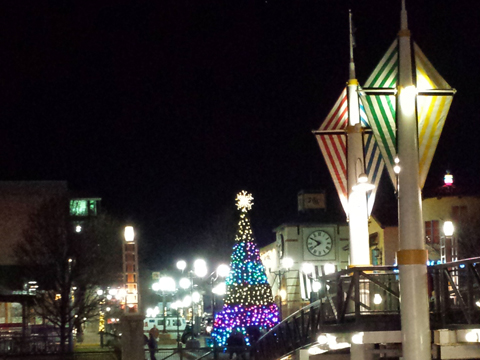