We had extremely nice weather on Thursday that melted pretty much all remaining snow and gave us lots of sun -- and I would know because driving in late afternoon was a squinty affair even with sunglasses. I had a whole bunch of chores to do with the kids, after a morning during which Adam worked on the project he's been doing for all of break while Daniel, um, slept before driving us. We met my mother at Noodles & Co., then went to the bank, Staples, Ulta, Target, Kohl's, CVS, and various other places...mostly successfully for everything we needed, though we completely struck out at finding cheap plastic flip-flops for Adam to destroy in the dorm showers.

In the evening we all went to see Birdman. No matter how many raves you have heard about the directing, editing, and cinematography, it may not be enough -- I want to watch it again just to see where the cuts are hidden in what looks like a 90-minute-plus tracking shot. The acting is also exceptional. I didn't love everything about the script -- at the core, let's face it, this is yet another movie about a middle-aged man having a mid-life crisis, and the women's roles range from mediocre to somewhat misogynistic, but the technical virtuosity is incredible, and directly relevant to the humor and the theme. Some flowers from last spring to brighten up January: 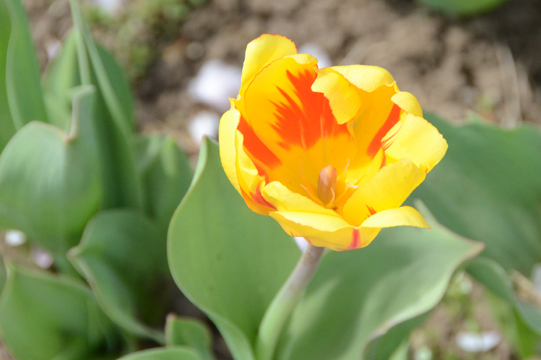