I don't have much to report from Tuesday apart from finished and folded laundries. We got some more snow overnight, I'm embarrassed to say how much because local schools were closed -- there are places in America that got serious, scary snowfall, but this was not one of them -- so there were lots of conversations with new neighbors while shoveling and getting the snow off the cars, though I only drove to the food store five minutes away, and my biggest purchase was a fuzzy fleece blanket for whose ownership my cat and I are currently competing.

Thanks to a generous streaming site, we watched the fourth episode of this season's Broadchurch, which I hear is not very popular in Britain but is making me bite my nails nearly as much as last season's; we also got to see the Colin Firth Jonathan Ross Show before The Flash and Agent Carter. We took a walk a little closer to dusk and saw two bunnies out in the snow foraging for food (I would feed them, but they run when we get too close and the squirrels snitch any food left out). Here are some photos taken last fall at the Richmond Metro Zoo: 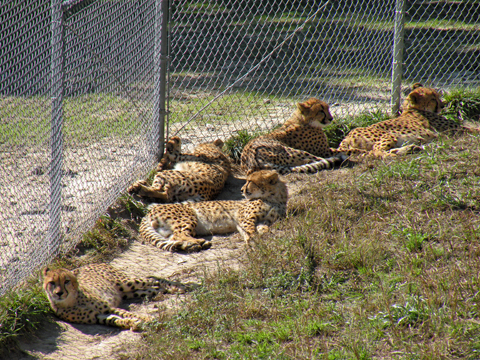