Friday was supposed to be the day this week when it did not snow in the DC area, so I was slightly alarmed to see flurries on and off all morning, though nothing stuck. I was working on a review of Deep Space Nine's "Penumbra", the first episode in the final chapter of the show, which makes me sad and at the same time happy because the final nine episodes are extraordinary. I also had a really nice DS9-related thing happen to me today that involved an unexpected email and made me smile. It was cold, but my cats and I shared our fuzzy blankets!

After lunch, we drove to College Park to pick up Daniel, who decided to come home for Super Bowl weekend and the Sunday party. We watched an Inspector Lewis episode, went for a walk (there were two deer and a bunny right around the corner in the woods), and had dinner with my parents. Then we came home and watched PBS's special on Wallis Simpson, followed by Shakespeare Uncovered, which was awesome -- Hugh Bonneville on A Midsummer Night's Dream, Christopher Plummer on King Lear. Some flowers from Longwood's conservatory: 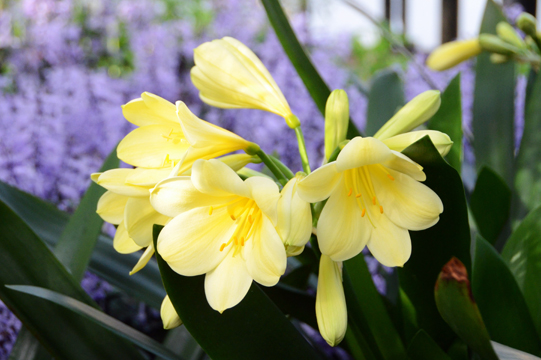