My Monday was very much a Monday. It involved excitement like working on an article, cleaning the microwave, and doing half the laundry. It was only moderately chilly in the morning, at which point the overnight rain had washed pretty much all the snow away, but the temperature dropped over the course of the day, and by the time the sun was out, the wind was very cold. I was waiting for a package that Amazon still claims was going to be delivered last Sunday, and they won't do a search till tomorrow, so I am pissed off.

We caught up on the Downton Abbey that aired during the Super Bowl, during which it felt like exactly nothing happened -- has anything happened all season apart from the endless police investigation, Mary's endless dithering, Tom's even more endless dithering, Carson and Grantham fulminating against change, Branson falling apart, Edith crying, Molesley whining, and the Dowager Countess snapping off one-liners in support of the status quo? It was always soapy and unrealistic but never as tedious as it is now.

Sleepy Hollow may be crack, but at least it's entertaining in the nonsense it makes of American history -- I swear the writers learned everything they know about Salem from The Crucible in high school, but finally they are giving Katrina something to do. And we got ahold of this week's Broadchurch -- I am really worried about Hardy, though I think Miller's life is worse (she tries so hard; he's too angry to connect even with people who care about him). Some pics from Great Falls on Sunday before the big game: 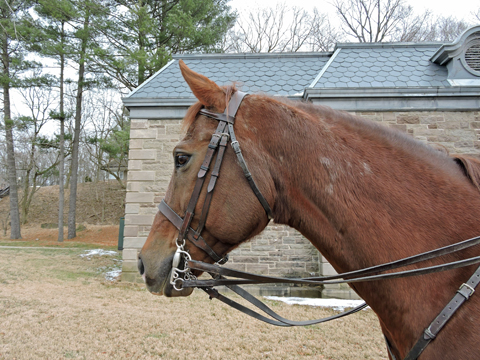