It was a pretty typical Monday around here -- some work, some laundry, some cats pacing around me the entire time I was in the house begging for petting, food, fuzzy blankets, the heat on, even Smartfood which lately is Cinnamon's obsession (is it all right for cats to eat cheese popcorn?). It was overcast all day and drizzly toward evening with a winter weather advisory, though we haven't had any actual winter weather yet, and given what's going on in New England, I'm not going to feel very sorry for us if we do.

We caught up on Downton Abbey, which I have gone from being grateful does not have as much Big Dramatic Shit as last year to being bored and annoyed -- I really loathe Mary, she's an incredibly selfish, entitled person, I know as a feminist I'm supposed to cheer for her man-juggling but I find her interest in them all (Matthew included) very shallow. It really annoys me that they wrote Bunting so intolerably and spend so much time adoring the aristocrats; even pathetic Edith thinks how she's treating the Drews is okay.

The Bates-and-Anna-and-Green storyline has been dragged out for so long that I no longer care who killed Green or how Anna is recovering because I feel personally jerked around. They should take a lesson from Sleepy Hollow, which should have kept Miraculous Thomas Jefferson around much longer but at least I will not be complaining that they need to wrap up that story already. Here are some photos from the VMFA's sculpture garden, including the amazing La Riviere (three down) by Aristide Maillol: 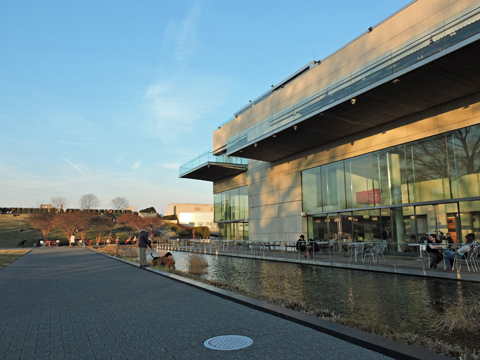