It was painfully cold on Sunday -- temperatures we'd gotten used to when we lived in Chicago, but rare for Washington, especially the wind chill. We'd had plans to do things in Baltimore, but Daniel had homework to finish and we didn't much feel like schlepping out in the cold, so we spent the early afternoon doing chores around the house, then we drove to College Park, where we picked up Adam (whose girlfriend was conveniently out eating with her parents) and went to Blaze Pizza for a quick dinner before the kids went back to school.

We stopped at the food store on the way home to stock up for the coming blizzard -- the forecast has gone from a couple of inches to four to eight, and most of the Mardi Gras food ingredients had been snagged already -- and got home just in time for Downton Abbey, where I was delighted to see Tom back in form and the Earl uttering his best line of the season ("I do not endorse Tom's language but that is certainly how we all feel!") though I still dislike Mary and am really pissed at how everyone is treating the Drews. Some photos of National Geographic's fossils: 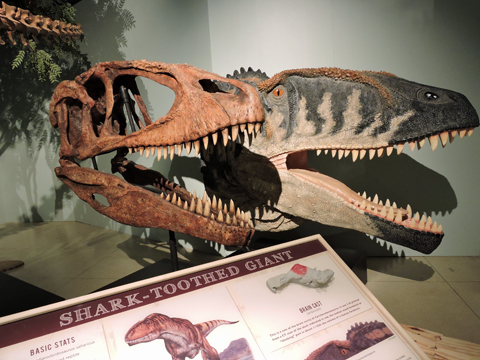