One morning I will wake up without a weather advisory on my phone, but Friday was not the day -- we had wind chill warnings all day, plus alerts about snow and freezing rain expected on Saturday. I don't particularly dislike winter -- the dark before the solstice bothers me more than the cold -- but I am really over arctic temperatures and snow disrupting going anywhere, particularly to see relatives and friends who live north of here! We had plans to see my father-in-law for his birthday on Saturday, but due to the forecast, those have been postponed.

We did retrieve older son from College Park so he could drive us around, and I did post a review of DS9's "The Changing Face of Evil", another of my all-time favorites. We had Chinese food with my parents and now we're watching the Saturday Night Live 40th anniversary special since we missed it when it first aired -- it is a delight to see McCartney and Simon singing together and a delight to see Steve Martin looking like he hasn't aged, though except for Betty White, a lot of the new material dragged in comparison to the clips. From Baltimore's Druid Park last spring: 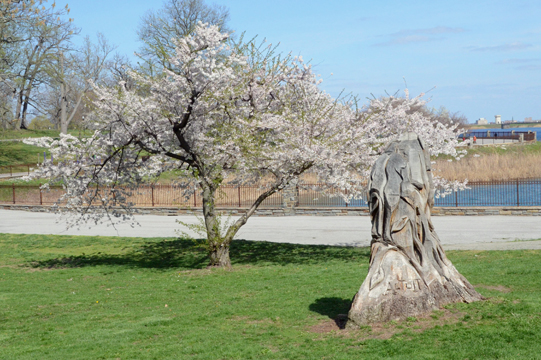