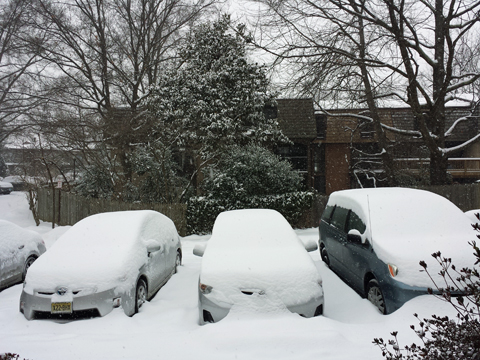 Since we were stuck in the house and couldn't take Daniel back to College Park, we decided to watch The Fifth Element since none of us had seen it -- what hilarious, glorious crack -- and then I, Frankenstein -- not hilarious and not as entertaining, though I will confess that it made my eyes less than The Battle of the Five Hours, which is my new standard for disappointment (mediocre movies should at least be only 90 minutes long). We shoveled twice and I walked enough to see deer, then after dinner we watched the Inspector Lewis with Sleepy Hollow's Tom Mison and Katia Winter!
Collapse