I've got nothing to report but an ominous weather report whose start time kept getting pushed back until nearly dark -- plus a new weather report warning that Thursday is going to suck -- and something screwing up my desktop computer that is making explorer.exe use an insane amount of memory, thus stopping every other program from working. It doesn't seem to be a virus or malware, since I have scanned it with every scanner I know of and they keep coming up clean, but I don't know what else it could be. I would rather have my toenails removed than reinstall Windows and everything else running on the computer. Urgh.

apaulled worked from home in case of weather, so in the late afternoon we watched the 2010 Globe Theatre Romeo and Juliet, which we found at our local library after seeing bits of it on Shakespeare Uncovered. We tried to take a walk to see bunnies, but the sidewalks were so icy that we didn't get far. After dinner, we watched Agents of S.H.I.E.L.D, which sadly did not evolve Skye to a higher plane and write her off the show, and Forever, which had awesome women hackers and pretty much rocked in every way. Here are DC and Columbia Island Marina from a couple of weeks ago: 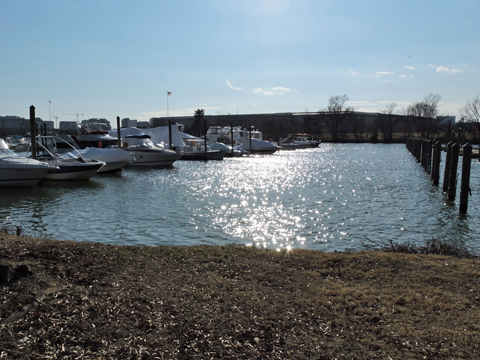