We had a crazy number of chores to do on Saturday that required driving all around the county, which normally would not have been a big deal, but between the accidents and the road repairs in the wake of the snowstorm -- even though it was over 50 degrees and we had icicles crashing on the deck all morning -- the Beltway and various local roads were a mess! We started by meeting Ocean Orchestra bandleader Jennifer Cutting in Takoma Park because I wanted to buy her magnificent mermaid moccasins, then we went to Rockville for lunch at Noodles & Co. and a whole bunch of shopping, primarily AAA for maps, bike lock for son, and kitty litter, where we also saw this: 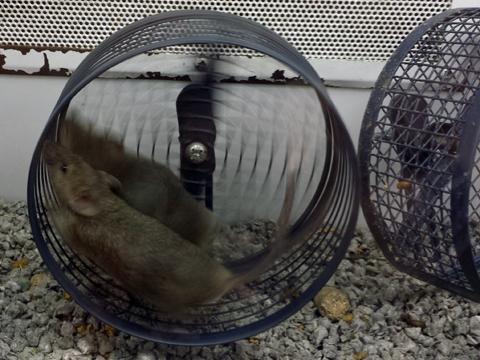 Then we drove up to Gaithersburg because we also had a shopping list at Kohl's and Target, for which we also had coupons. We did not go see the geese on the melting lake because we needed to get home to feed our starving cats. We also had dinner ourselves, watched the Maryland women's basketball team win their Big 10 semifinal game, then watched an episode of Inspector Lewis (so much fun playing spot-the-British-actor on BBC shows -- this one had Kitty from Elementary and Lavinia from Downton Abbey). Now we're watching Chris Hemsworth on Saturday Night Live (somehow he looks shorter with short hair) trying to decide whether to stay up while the clocks go back!
Collapse